So I was making a montage full of native Linux games

I think it’s fair to say that a rather large spanner was thrown into the works on the 21st of August ‘18, and I couldn’t just leave that heinous crime un-mentioned. I mean, for real, couldn’t Valve have waited until I was done? I kid, I kid, Proton has much larger and far-reaching consequences outside of just my small crowdsourced video, and I’d like to talk with you about them if you’ll let me.

A quick backstory first: earlier this summer Linus Tech Tips teamed up with Level1Techs and published a video about Linux gaming. The video, however, focused almost entirely on non-native gaming- emulated, virtual, or otherwise. It even showed off Deus Ex: Mankind Divided in a VM without even mentioning it had a native version, a version I’d worked on with my colleagues at the time. Given me and many people who I’d consider friends had spent years working on making native Linux gaming viable, I wasn’t too happy and vented on the interweb, possibly a little too much. Linus has since released a new video that accepts the failures of the first video and even shows off Deus Ex natively, so I can’t be too disappointed anymore.

Once in a blue moon, a little bit of anger leads to something good, and I found myself making a video absolutely chock full of native Linux games, crowdsourced with the help of a bunch of amazing people. The culmination of that work is below, and I’d strongly encourage you to watch it before continuing on if only to sit back and appreciate the sheer amount of awesome work that’s gone into shipping these games on Linux. 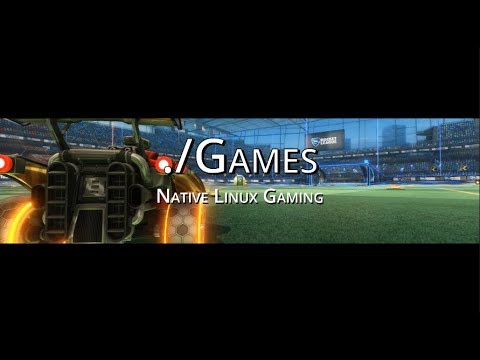 It’s not perfect, or professional, but I love this video, it’s my attempt to shout big and loud about a gaming platform that so often gets overlooked, or bogged down in technical arguments when it finally does get a mention. It’s my war cry against long and misleading videos telling you how to configure GPU pass-through on a Windows VM, just to play games you already had access to on Linux. This medium is hugely vibrant and powerful, and so much of that can be experienced on Linux these days - What a wonderful thing to celebrate I say.

I also want to say a big thank you to all the people who helped me with this, from gathering footage, to giving feedback on early drafts. Special shout outs in particular to Beko, HardPenguin, Flibitijibibo and Patola for providing tons of footage, and valuable input and criticism. Beko in particular provided clips of 56 different games!

I’m genuinely touched that you all felt I deserved so much of your free time. Thank you. In the end, maybe the video is simply a parting gift to the universe, a swan-song of the heyday of Native Linux gaming, or a quiet squeak into the void. It’s certainly a tribute to all the great work done for us, but maybe it’s also a sacrifice to the gods of Linux gaming, to help us weather the coming storm.

“What storm?” I hear you saying. A Proton storm, my friend.

While I was making the above video, Valve made a very big, bold, and blunt move. To put it simply, Steam now lets you install Windows games on Linux, and runs them through a modified version of Wine, with DXVK, among other technologies. Of course, these technologies were largely available before in various forms, but Valve has made targeted improvements, and integrated them directly into the largest desktop gaming marketplace. It’s a game changer, and begs so many questions.

One thing that’s always struck me as curious in this community is that big-old Wine debate. Many of us are willing to throw Wine gaming under the bus, or embrace it outright, and duel with word-swords on the internet about whether to use Wine or not, but I’ve rarely seen someone get to the real meat of it - the question few seem willing to ask:

“What are you willing to sacrifice to get more games, and more people, on Linux?”

The way I see it, that’s been the truth of the matter for a while now. Something was always going to be sacrificed, it was simple physics, Newton’s first law. I think Valve has now brought us to that sacrificial altar and made the choices for us, but to be honest, that was always going to happen one way or another. To me, however, it seems that Proton is the lesser of a bunch of evils we could have faced. It’s minimised those sacrifices, and that’s all we could have hoped for, really.

To be frank, if you came here hoping to find a bunch of solid answers about where Linux gaming is heading then I’m sorry to disappoint. If you do want more solid thoughts, I’d suggest reading Cheese’s long-form article, it’s fantastic, insightful, and well worth the read. The truth is, part of me is worried for the livelihoods of my porting friends, worried that pushing for further direct competition with Windows is asking for a fight with a beast backed by so much money it’s naive to think we’ll come out unscathed, and worried that by embracing Wine we’ll risk losing a side of Linux gaming that made it what it is today.

Hear me out though, I do have a brighter vision of the future - one where Proton achieves its goals, and virtually all of desktop gaming works seamlessly on Linux, where Valve makes a console move and against all odds it somehow gets traction, where Linux gaming has its second renaissance. I fully intend to do what I can to help all of that happen, but I worry that it might come at a price no-one really understands.

I am excited, terrified, hopeful, worried, and virtually the rest of the emotional lexicon. When the dust settles, maybe you’ll find me making another montage video - and Valve, next time, could you delay whatever spanner you’ve got primed until I’ve at least finished my first draft?